Being a Startup Leader and Hacker 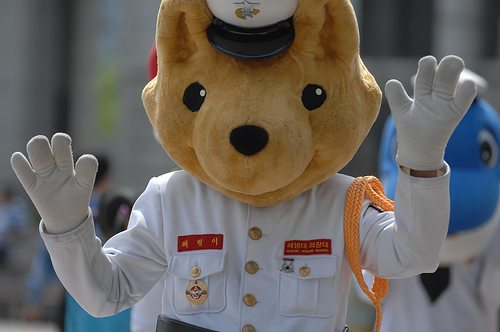 This is one of the difficulties I’ve been encountering over the past 9 years since my first startup.

As a person who worked at high profile companies like this one and this one as well as a bunch of smaller startups I’ve learnt what makes companies successful in the long run. They never compromise on things they produce. They pay highest attention to every details in their products and services. Apple and Steve Jobs are no different so they became successful.

I’m a huge believer of iterate-as-people-use-your-product approach and I think it’s still the best way for startups to quickly adjust themselves to the demand from people. However, it doesn’t mean I’m okay with releasing a product that is being compromised and letting our users give feedback based on it. The amount of track records I’ve build over a decade simply didn’t allow it to happen so far.

For example, today I was working on trying to fix position of a header in the mobile app for our Startup Weekend project. I was reading this technical article from Twitter and at the end of the day I got it right in my own way. For those who ever developed web app for Mobile Safari you know it’s not a problem that has straightforward solution. Does it matter to me? The answer is yes. Does it matter to our users? The answer is absolutely yes.

I like startups like Quora, Asana, Path not just because these companies are founded by ex-Facebook folks. It’s also because they pay highest attention to every details even to things you won’t recognize unless you have the same mindset as they do. Are they ordinary startups with limited time and resources? The answer is yes. Are they unique and differentiated from others. The answer is absolutely yes.

I’m a startup leader but at the same time I’m a professional web developer who read Hacker News once in a while. I cannot agree with people trying to connivence me not to pay attention to details while promising me that they will work on these details later. From my experience one thing for sure is that these types of people NEVER work on the details even if they find time to do so.

There is a famous saying in Japanese. 神は細部に宿る (pronounced as kami wa saibu ni yadoru) means “God dwells in the details.” If you look at a Japanese sword KATANA, you will find enormous amount of attention paid to smallest details although its level of perfection is almost second to none in the same category. People believe that God dwells in these swords only if they are built perfectly.

In the digital age where we live in today there is nothing you can’t copy technically if it were created digitally. If there were such a thing that can’t be copied, maybe It is a thing you find in the details and perhaps philosophy behind it. In other words, if you don’t have that kind of mindset, what you produce will look no different from others because God is not there.