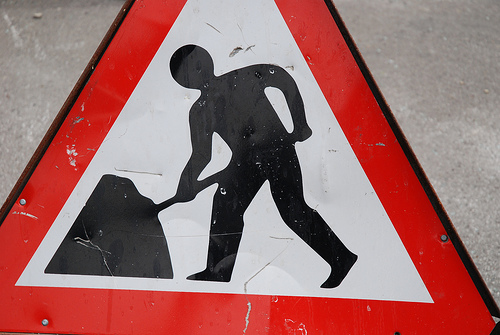 Fred Wilson wrote this great post few days ago about the management team at the first stage of startup, what he calls Product Building stage.

Although number of team members and co-founders may vary depending on scale of your product, I personally had to go through the similar process recently and reduced our team size from 9 to 4 people as a result.

A couple of weeks ago I heard from someone who attended the previous Startup Weekend saying that our team was just too large so that we won’t make it to the presentation on the last day of the event. I initially had same feeling but somehow we managed it while letting everyone join our team without questioning anything about his/her skills and without caring about overlapping between people.

Now that our project is at Product Building stage where everyone in the team must have certain skills and responsibilities not overlapping with each other. For this particular reason I had to make a tough decision to say “sorry, we will come back to you when we are at a certain phase in the future.”

This is not easy thing to say, especially to the people who were around us for a while as team members. However, at the same time it is true that overlapped skills and responsibilities in such a small team will create unnecessary communication effort and lots of frictions between team members which only you can resolve most of the time.

As a startup leader you don’t want to spend your time talking to team members just to make sure they don’t overlap each other. You want to focus on building a great product. If you find yourself spending too much time on communicating team members, maybe you’d better start thinking of solving the root cause of your problem.

Here is our current team structure and role of each person. 1) Frontend and backend developer (which is me) 2) UI/UX specialist 3) PR/Marketing 4) Business development and overall strategy. I’m hoping we won’t have to reduce number of people at least until product launch at DEMO.