Problems Are Not Equal to Needs

So luckily enough, our team won the final prize at Startup Weekend Kyoto. 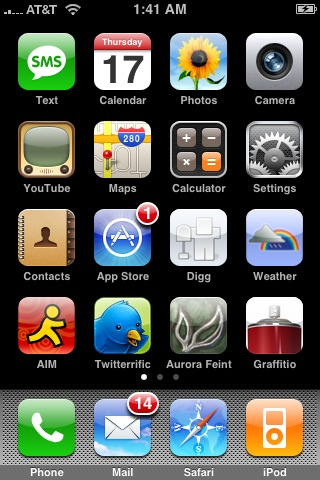 As a part of preparation to our future steps I decided to quickly summarize what caused us to stand out from others.

While it’s reasonable to say turning paper into product is one of the most important aspects as this article on Financial Post points out and we’ve executed it correctly, I would say it’s because we focused on needs rather than problems.

What are the differences? Aren’t they always equal? Unfortunately, they are not, at least in my opinion.

Most of entrepreneurs come up with the solution to the problem they think it needs to be solved. But only a few provide a product that people really need or cannot live without. For the record, I used to be one of those folks in the former, not in the latter.

Let’s take an example of iPhone app which tells your friends a direction to the restaurant where you and your friends will meet up. Although it’s possible to do the same thing by using Google Map or Yelp, this app makes it super easy by having people only require to click on a “I’m here” button and select friends from Facebook or Twitter. The app does the rest.

Sounds good, right? This idea was actually given by one of the students whom I’m tutoring for the past few weeks. Is this a problem that needs to be solved? The answer is yes, especially to people who don’t know how to copy & paste the address of restaurant into Google Map and email the given direction to friends. But the question is how often do people use it?

This is where we start noticing the difference between problems and needs. While it is perfectly true this student found the problem that needs to be solved, he didn’t quite estimate the amount of needs people with this problem are having. If the amount of needs is below a certain volume, there aren’t any users nor potential merket to monetize with.

I had this idea before Startup Weekend event and I even verified my idea by talking to few people having the exact problem which I think it needs to be solved in order to make sure there is enough amount of needs. Yes, we had to pivot a little during 54 hours but we kept focusing on the original need that eventually led us to the grand prize.

So the suggestion here is:

1) Find a problem that needs to be solved.
2) Estimate the amount of needs.
3) See if you still want to do that.

We’ll also repeatedly execute above process in the future. Once we find what we are doing is not aiming at enough amount of needs, there is only one thing we can possibly do. We’ll pivot.

Jay Adelson’s Ask Jay is one of my favorite shows on the Internet. Few days ago I posted a question to his show, which I always had in my mind, and guess what? He picked it.

I would like to say huge thanks to Jay and his crew. Hope he will visit Japan someday so that I can meet him.

Here is the episode in question.

My first experience attending Startup Weekend turned out to be great.

After I gave an initial pitch to the audience, 8 people decided to join me amongst 60 or so attendees. We spent exactly 54 hours to develop our product from scratch while having so much fun doing so. Lots of laughs, excitements and even pivots.

On the last day I gave another pitch to the audience, including the judges in front of us this time. Though I was sure that the concept of our product will stand out from others, I was certainly surprised when one of the judges actually gave us $10K investment offer right after I finished my presentation.

Our team won the final prize, which included:

Things just got started. Looking forward to the excitements we’ll see in the future.